Why You Should Switch to LED Lighting Systems Now 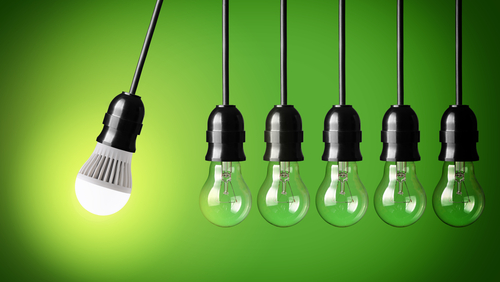 While many people are still using incandescent or fluorescent bulbs, LED bulbs are on the rise, and for several reasons. Not only has the government made a push for consumers to use LED lights because they consume less energy, but LED lights also have many other benefits for home and business owners. Here are two ways you could see savings if you decide to make the switch.

Incandescent and fluorescent light bulbs use a lot of energy to keep your home well lit, especially when compared to LED bulbs. An LED bulb can create the same amount of light as a 60-watt incandescent bulb for less than 10 watts of energy. That’s a 50-watt difference, which can drastically decrease your energy costs in the near future. Most LED bulbs are interchangeable with incandescent and fluorescent bulbs, but if you have a dimming lighting system in your home, you’ll need a local Cincinnati electrician to tweak it. Regular dimming systems are not made for LED bulbs and can burn them out much quicker than their normal lifespan.

You’ll Thank Yourself for Switching Later, Too

If you are a planner, you should make the switch to LED lighting systems immediately. You will thank yourself 5, 10, even 20 years down the road. That’s because you’ll save substantially more by making the switch to LED bulbs in your Cincinnati area home. Because LED bulbs use less energy to light your home, they also have a longer lifespan. You can theoretically install an LED bulb in your baby’s bedroom right now, and not have to replace it until he or she goes off to college. The U.S. Department of Energy predicts the switch to LED lighting over the next two decades could save the country as much as $250 billion in energy costs. Do you want to be one of the people who is included in those billions of saved dollars?